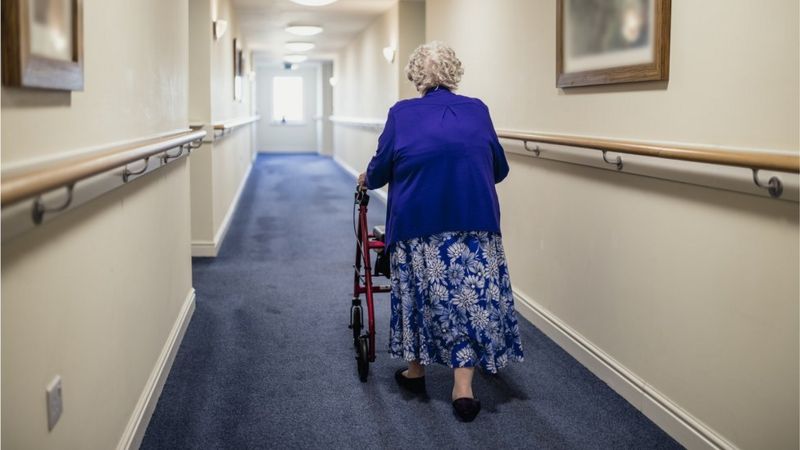 MSPs have demanded that the Scottish government holds a public inquiry into Covid deaths in care homes.

First Minister Nicola Sturgeon has repeatedly said such cases will be included when an inquiry into the Scottish
government's handling of the pandemic takes place.

But opposition parties said the number of deaths was a "scandal".

They voted by 64 votes to one in favour of a Conservative motion calling for an immediate judge-led inquiry.

There were 57 abstentions during the final vote.

An amendment from Health Secretary Jeane Freeman saying a public inquiry should be held "as quickly as is practicable,
once the country is through the immediacy of dealing with the pandemic" was rejected by 62 votes to 60.

The government defeat comes the week after figures from Public Health Scotland showed 113 patients who had tested
positive for Covid-19 were transferred from hospitals to care homes.

A further 3,061 people were discharged from hospitals and into homes without being tested at all.

Tory health spokesman Donald Cameron told MSPs that since the start of the pandemic there have been 2,048
coronavirus-related deaths in care homes in Scotland.

He said: "This government's failure to protect Scotland's most vulnerable people is a scandal and I do not shirk from
describing it in that way.

"It is clear to us and others in this chamber that only an immediate public inquiry will hold minsters to account and
give grieving families the answers they deserve."

Ms Freeman said the Scottish government "wants and will welcome a public inquiry", telling MSPs it could be "critical"
in helping learn lessons from Covid-19.

But with the virus still surging across the globe, the health secretary said the focus must be on tackling the pandemic.

Ms Freeman said: "A public inquiry is undoubtedly important, no disagreement on that.

"But right now, in the middle of the pandemic, with all the resources in care homes and the NHS stretched severely,
this is not the time to divert any resource to setting up an immediate public inquiry."

Labour health spokeswoman Monica Lennon argued that an immediate inquiry was in the public interest.