The Latest: September worst month for pandemic in India

The Latest: September worst month for pandemic in India 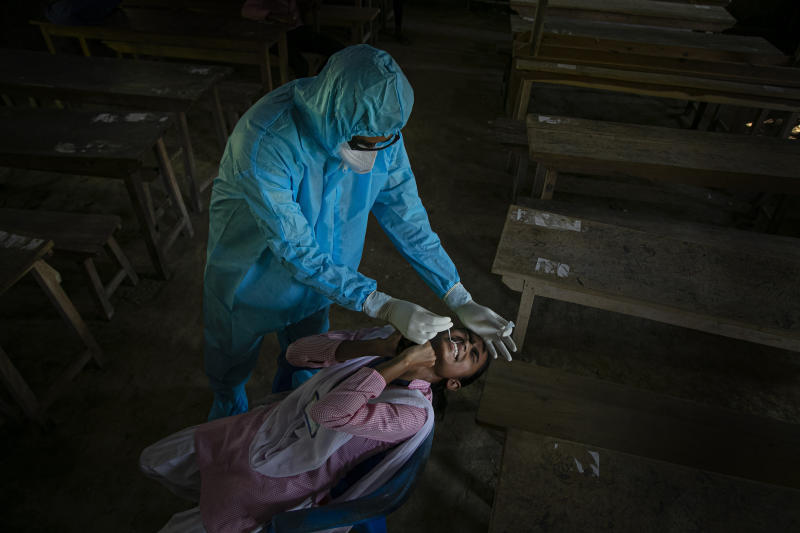 India has reported 86,821 new coronaviruses cases and another 1,181 fatalities, making September its worst month of the pandemic.

The Health Ministry’s update raises India’s total to more than 6.3 million and 98,678 dead. India added 41% of its confirmed cases and 34% of fatalities in September alone.
India is expected to become the pandemic’s worst-hit country within weeks, surpassing the United States, where more than 7.2 million people have been infected.
The government announced further easing of restrictions Oct. 15. Cinemas, theaters and multiplexes can open with up to half of seating capacity, and swimming pools can also be used by athletes in training.

The government also said India’s 28 states can decide on reopening of schools and coaching institutions gradually after Oct. 15. However, the students will have the option of attending online classes.
International commercial flights will remain suspended until Oct. 31. However, evacuation flights will continue to and from the United States, Britain, Australia, Canada, France, Japan and several other countries.