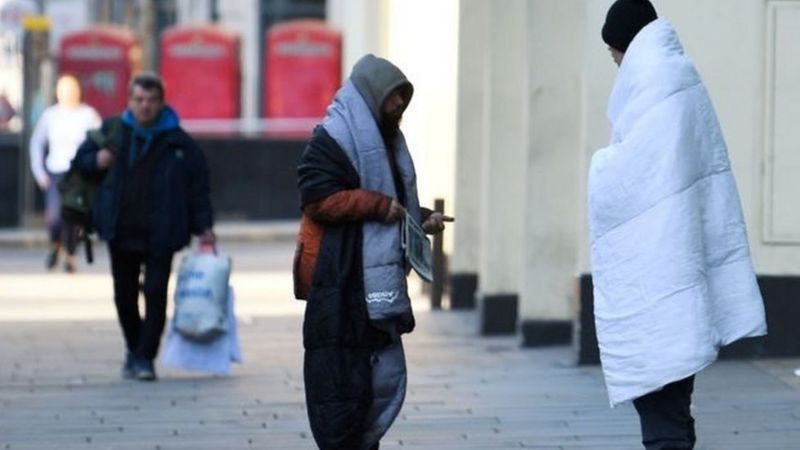 A charity boss says private landlords will cash in on Bristol City Council's latest £2m package for the homeless.

The comment was made after the local authority announced it had secured the government money.

It will go towards emergency accommodation with hotels and private landlords needed during the pandemic.

Help Bristol's Homeless founder fears the council has failed to make a suitable long-term plan although other charities
have welcomed the funds.

Jasper Thompson said: "The money is going to be spent on private landlords which is not good.

"They realise the situation and are going to escalate their prices."

He added: "Okay there's people in hotels at the moment, but what is the long-term plan for those people?"

A Bristol City Council spokesperson said the funds will go towards "outstanding costs" for hotel rooms in August and
September and will allow for the continued use of one hotel until March 2021.

The spokesperson said: "Additional private shared housing and one-bed flats will also be used on a temporary
accommodation basis ahead of longer-term solutions being sought."

"The money secured from the government's Next Steps Accommodation Programme resulted from a bid co-produced
with a number of agencies around the city, including St Mungo's, Second Step, Salvation Army."

David Ingerslev, regional head of the St Mungo's homelessness charity, said the council's plans to help the homeless
with the money was "welcome news" .

Mr Ingerslev said: "Since the start of the pandemic we have worked round the clock with partners on this unique
opportunity to move clients into accommodation where they can isolate safely."

The number of people sleeping rough in Bristol was recorded at 98 during the city's last official annual count in
February.