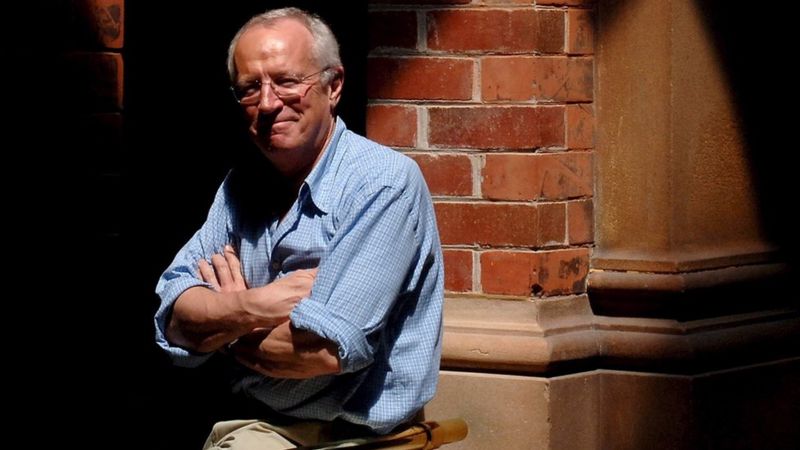 Veteran foreign correspondent Robert Fisk has died of a suspected stroke at the age of 74.
He was admitted to St Vincent's Hospital in Dublin after falling ill at his home on Friday, and died shortly afterwards, the Irish Times reported.
Fisk won numerous awards for his reporting on the Middle East, starting from the 1970s.
But he also drew controversy for his sharp criticism of the US and Israel, and of Western foreign policy.
Covering wars in the Balkans, Middle East and North Africa for UK newspapers over five decades, the New York Times described him in 2005 as "probably the most famous foreign correspondent in Britain".
Born in Maidstone, Kent in 1946, he later took Irish citizenship and had a home in Dalkey outside the capital Dublin.
Irish President Michael D Higgins has expressed his "great sadness" about Fisk's death on Sunday.
"With his passing the world of journalism and informed commentary on the Middle East has lost one of its finest commentators," he said in a statement. slotxo
After starting his career at the Sunday Express, Fisk moved to Belfast in 1972 to cover the Troubles as Northern Ireland correspondent for The Times. He became the paper's Middle East correspondent in 1976.
Based in the Lebanese capital Beirut, he reported on the country's civil war as well as the Iranian Revolution in 1979, the Soviet war in Afghanistan and the Iran-Iraq War.
He resigned from The Times in 1989 after a dispute with the owner Rupert Murdoch and moved to The Independent, where he worked for the remainder of his career.

Listen to Robert Fisk on Desert Island Discs
In the 1990s he interviewed Osama Bin Laden three times for the paper. He described him as a "shy man" and looking "every inch the mountain warrior of mujahedin legend" in their first interview in 1993.
After the 11 September attacks plotted by Bin Laden, Fisk, an Arabic speaker, spent the next two decades covering conflicts throughout the Middle East, including in Afghanistan, Iraq and Syria.
He was highly regarded for his knowledge of, and deep experience in, the region, and often dismissed journalists who sat behind desks instead of venturing out into the field.
But he was also well known for his staunch criticism of the US and Israel. In his 2005 book The Great War for Civilization - The Conquest of the Middle East he wrote about the region's history and also about many of the conflicts on which he reported, expressing his criticism of US, UK and Israeli policies.
Fisk married US journalist Lara Marlowe in 1994 but the pair divorced in 2006.He had no children.
Journalists have paid tribute to Fisk on social media, among them the BBC's Middle East editor Jeremy Bowen.

Thank for this bloger.   slotxo