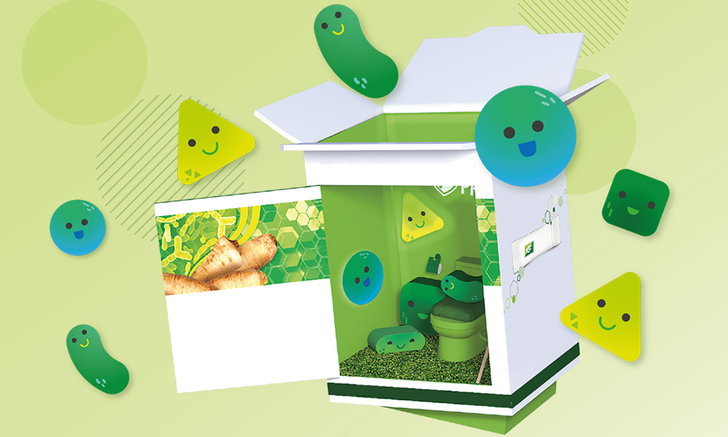 Work hard, travel tight, eat no less, forget to sleep, drink L a lot It seems to be the lifestyle of many new models. In which the full use of the body If not taking care of their health as well Will adversely affect your health in the long run Especially part of the body that we cannot see and many people may never know. How important it is That is, balance the microbial population in the colon. Which is as important to health as a forgotten organ, the microbial population in our body There are 10 times more cell numbers than human cells, only in the colon. Each of us has no less than 1014 of these little friends! These microbes live in our bodies interdependently. Useful to each other The food we eat helps to keep microbes alive. And then the microbes pay back by working for us. The main tasks that the gut microbes help us are: Strengthens the immune system to function stronger No, the machine is running too much or too little. Contributes to the digestive system Food absorption and excretion Including the creation of various neurotransmitters that affect brain function

Besides the gut there is a huge microbial population. There is also an army of white blood cells called Gut-associated lymphoid tissue (GALT), which accounts for 70% of the body's immune system. Healthy health begins in the intestines. The interaction between the microbial population and the white blood cell army is fundamental, but certain lifestyles As a result, the microbial population in the colon is weakened, such as drinking, smoking, stress, insufficient sleep, eating low-fiber foods (not eating fruits and vegetables), eating processed foods on a regular basis. Including taking antibiotics unnecessarily Because antibiotics are like an annona bomb that kills a large population of intestinal microbes. Both the pathogenic population and the innocent good population.

An alternative to strengthening the microflora in the colon. Is eating probiotics Probiotics are good microorganisms that are alive. Which when eaten in the right amount Will go into reinforcing the good microbes in the colon Cause health benefits There is research using probiotics as a dietary supplement in the treatment of diseases such as food poisoning, diarrhea from indigestion, lactose in milk. Diarrhea from antibiotic, irritable bowel syndrome, constipation, allergies, etc.