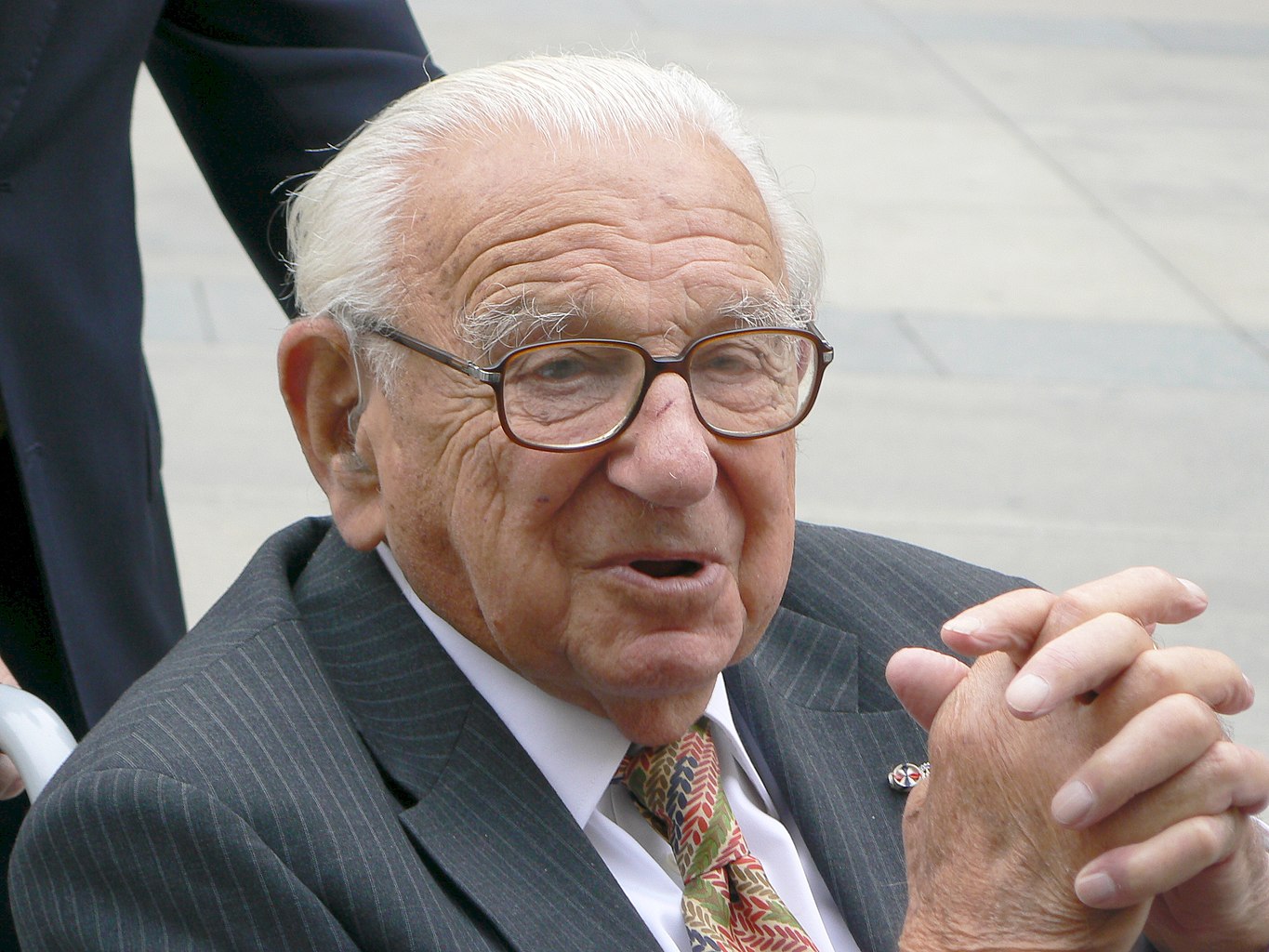 It is not always true that the good die young. Sir Nicholas Winton, who has died aged 106, became known belatedly as “the British Schindler” for his part in rescuing more than 600 children in Czechoslovakia from the Nazis in the months before the outbreak of the second world war. His was a good deed performed by stealth, and it was not generally known about for nearly 50 years until revealed on the BBC’s That’s Life! TV programme.

Winton – who always rejected the idea that his actions were heroic – had approached the BBC to try to trace some of those he had helped bring to Britain in 1939. He was moved to do so by the discovery by his wife, Grete, of a scrapbook in which he had inscribed the names, addresses and birthdates, together with photographs, of the children at the time of their rescue. The book had lain untouched at the family home in Maidenhead for many years.

When the programme was broadcast in 1988, Winton found himself sitting in the front row of the audience. Unbeknown to him he was surrounded in the audience by the adults whose lives he had saved – their whereabouts having been traced by the programme’s researchers. On a command from the show’s presenter Esther Rantzen – “Stand up if you owe your life to Nicholas Winton!” – they all did so. The emotionally reserved Winton found himself embraced by the survivors and struggled to maintain his composure, tears welling behind his spectacles.

His actions as a 30-year-old stockbroker had finally been recognised as he approached his 80s, and he was subsequently honoured by the Czech Republic, receiving in 2014 its highest award, the Order of the White Lion. Having been appointed MBE for other charitable services, he was knighted in 2003.

You can visit Wikipedia for more information.