Covid in Scotland: Sturgeon to set out five-tier alert system

Covid in Scotland: Sturgeon to set out five-tier alert system 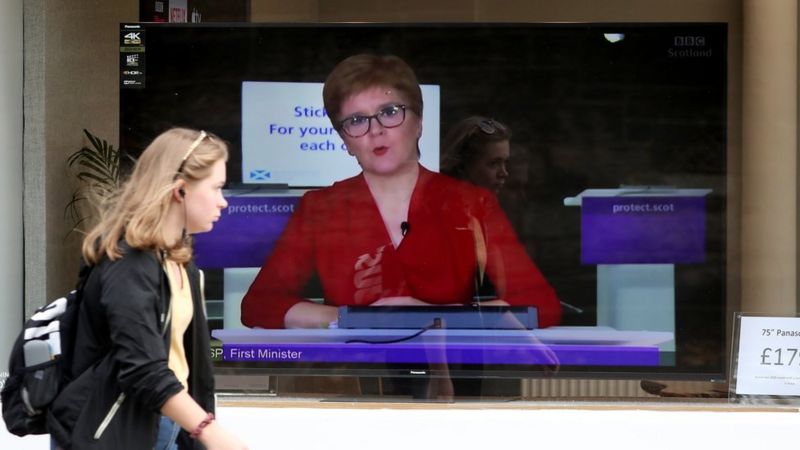 The Scottish government is to publish details later of a new five-tier alert system of Covid-19 restrictions.
The new system - which adds two levels to the three tiers used in England - will come into force from 2 November.
It will set out different levels of measures that can be applied either nationally or regionally, depending on the rate of infection across Scotland.
First Minister Nicola Sturgeon said this would provide clarity about rules and flexibility for different areas.
The new "strategic framework" will also include details of support for businesses hit by restrictions and a new testing strategy.
Temporary restrictions targeting the hospitality industry in the central belt of Scotland in particular have been extended to cover the gap until the new system comes into force.
Details of how it will work are to be published on Friday, but Ms Sturgeon has already revealed that it will feature five different levels.
The three tiers currently used in the English system - of "medium", "high" and "very high" alert - will be broadly equivalent to the middle of the Scottish system.
An extra level will be added at the bottom, which Ms Sturgeon said would be "the closest to normality that we can reasonably expect to live with until we have a vaccine".
And another tier will be added at the top, featuring harsh restrictions similar to those imposed at the outset of the pandemic in March.
Ms Sturgeon said: "When England published their [system] the chief medical officer in England at the time said he thought the top level was not enough to necessarily, in all circumstances, get the virus down. So we think we need one above that which is closer to a full lockdown if things got to be that serious." 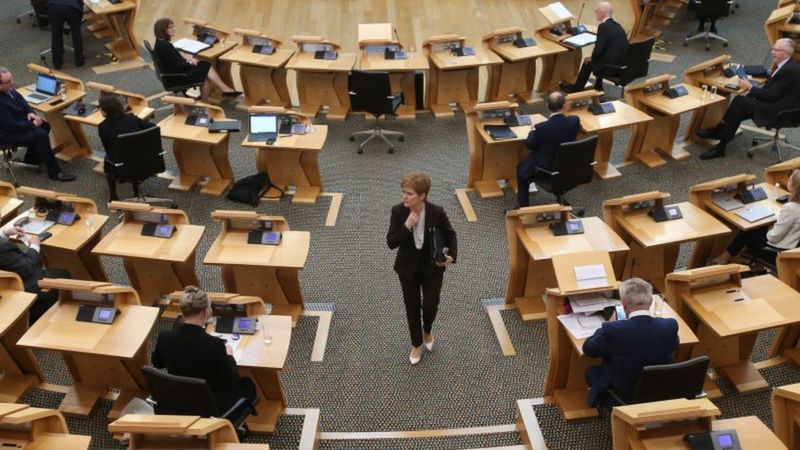 Opposition parties were consulted while the new framework was being drawn up, and MSPs will put the broad principles to a vote when Holyrood returns from its half term recess.
Ms Sturgeon has said decisions about where levels will be set for each region of Scotland would be taken on a "collaborative" basis, but said she would ultimately bear accountability for them.
The first minister said she wanted to avoid a standoff like that between the UK government and local leaders in the Greater Manchester region, adding: "I believe it's really important that the buck for these difficult decisions stops here, with me and government."
For more information, please visit   pg

Similar topics
» Covid: Three-tier lockdown system to be unveiled in England
» Covid in Scotland: Holyrood votes for 'immediate' care home inquiry
» A popular foreign web site reveals a clip showing the back of the iPhone 12 Pro, along with a new LiDAR and wireless charging system.
» The 'impossible' businesses stuck in Tier 2 'zombie land'
»  How does the US political system work?